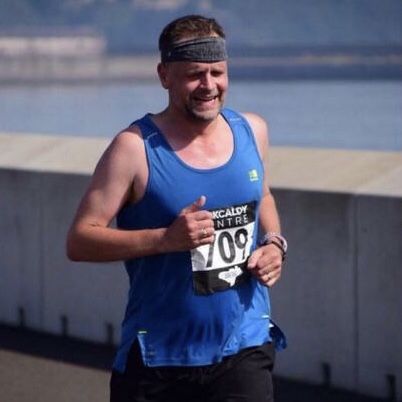 When I heard that the brothers of Frightened Rabbit singer Scott Hutchison were launching a charity in memory of their brother and in aid of mental health I decided that I would like to contribute in some small way.  I had lost my younger brother (Ali) to suicide 7 years previously and hearing about the tragedy of Scott had really hit home. I had been a fan of the band for a number of years and to hear of another family being similarly devastated made me want to help in some way.

Initially I had entered my first half marathon to give me motivation to get fit but it seemed that if I could possibly raise a couple of hundred pounds and donate to a fantastic new charity then so much the better. I had never raised any money previously for charity, however, Tiny Changes and the reasons for its founding resonated strongly.

In the event, I was able to raise over £5000 for Tiny Changes. I was truly humbled and overwhelmed by the generosity and thoughtfulness of so many people. From a personal point of view, talking about the charity and explaining my motivation also helped me deal with the death of my brother in a positive way.

If the money I raised helps one single person who is dealing with mental health issues, then every single step of training will have been worthwhile. I cannot help but wish that my brother had reached out to somebody all those years ago.
We can only hope that Scott’s battle and subsequent loss has not been entirely in vain, and that Tiny Changes makes the same impact that his lyrics and music did for so many. #TinyChanges #MakeTinyChanges