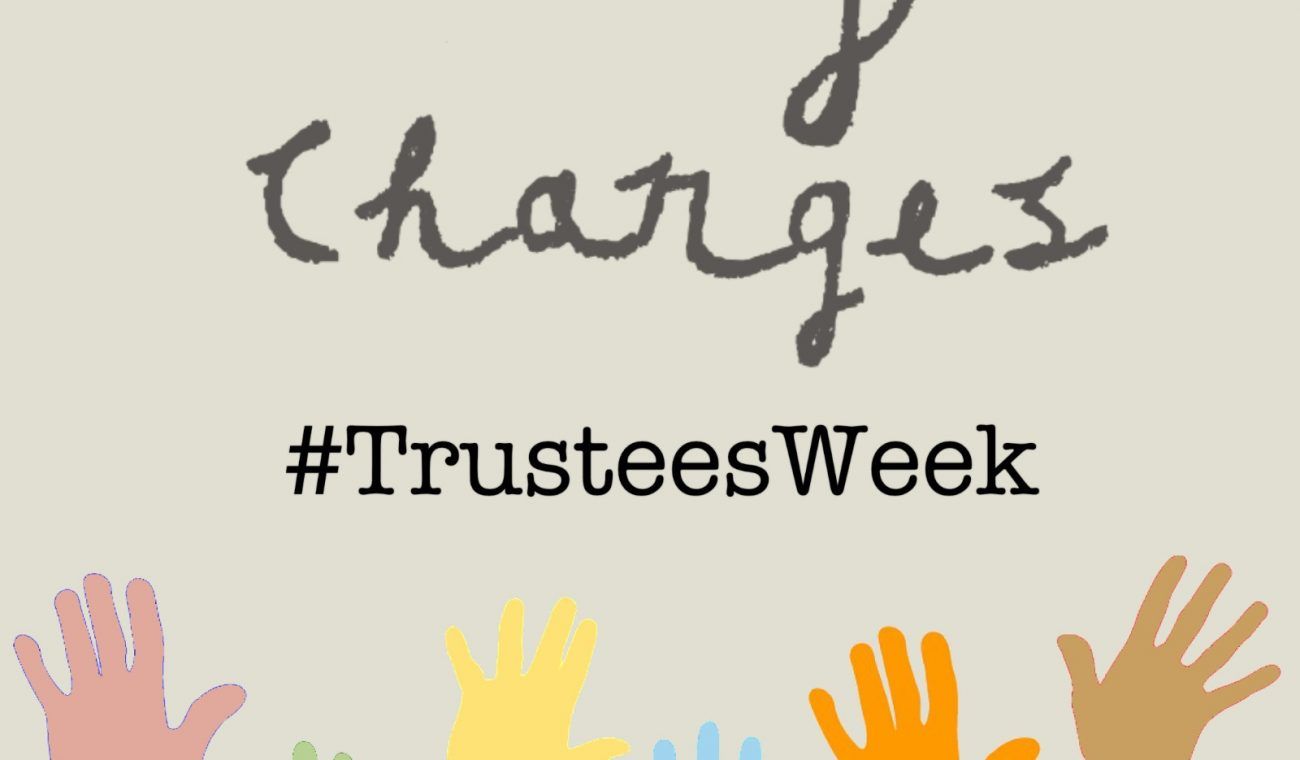 This week is National Trustees’ Week in the UK.  I was surprised to read that there are over 1 million charity trustees in the UK, including 180,000 in Scotland.

Charity trustees are essential for the smooth running of a charity (not least as regulators require you to have them in place) and are generally unpaid volunteers.  They are responsible for the governance of the charity and accountable to the relevant charities regulator for the running of the charity, safekeeping of charity assets and compliance with the law and regulations relating to charities.

The current Trustees of Tiny Changes are all members of Scott’s family – his two brothers (Grant and I) and his Mum, Marion.  We had always planned to extend the make-up of the Board of Trustees beyond the family once the charity was established, so watch this space for a call to arms in the future.

We have all been on a steep learning curve since we decided to set up Tiny Changes and the area of trustee responsibilities has been one of the steepest aspects.  The regulatory guidance is clear – the Trustees are jointly responsible for the decisions they make and the impact these have. It’s enough to keep you awake at night!  Fortunately we have had lots of help from a range of trusted advisors. There is a ton of information out there to support new Trustees, which has been invaluable in getting us all up-to-speed.

I would encourage anyone reading this to volunteer as a Trustee.  Charity Boards need diversity of skills, backgrounds and ages to operate effectively so YOU can make a difference.

For me, being a Trustee of Tiny Changes has been hard work and highly emotive, but also incredibly rewarding.  There is a real need for change in how young people’s mental health is managed in Scotland and we want Tiny Changes to be part of the solution.  The goal is worth the sleepless nights!

For more info on becoming a charity Trustee and how they make a difference in the UK, click the below link.

Thanks for reading to the end and be good to each other.